Native American Myths
Storytelling is an important tradition that is passed down from elder tribe members to young members and children. Read More

Native American Quotes
"When the Earth is sick, the animals will begin to disappear, when that happens, The Warriors of the Rainbow will come to save them." – Chief Seattle Read More

LYLE POINT, Washington. It is a great accomplishment for the Yakamas to regain land they have used for fishing for thousands of years. Read More 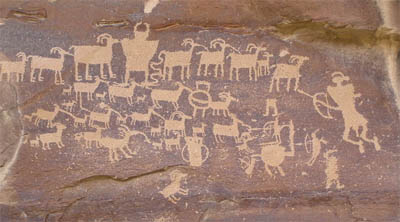 Native Americans thrived until Columbus and the white settlers came over from Europe, bringing their ideals and diseases with them. Native Americans were more prone to the diseases and many of them died because of the wide spread epidemics they faced. At first the settlers were friendly towards the American Indians, but they soon turned against them and pushed them from their native lands. The American Indians were fierce warriors and fighters and used tactics that the white settlers were not accustomed to. The American Indians had a sense for everything around them and they could track the movements of the white men. There were many historical battles fought between the American Indians and the Europeans, including the American Revolutionary War, Chickamauga Wars, North West Indian War, and many other battles. The Wounded Knee Massacre followed by the killing of Sitting Bull led to the final battle of Indian wars. Americans Indians have since been forced to live on Indian reservations, stripped of their native lands.

Didn't find what you are looking for? Search Google: